This summer I have been making a conscious effort to read more Black history books and books by Black authors. Here is a selection of a few I’ve read recently, along with my honest reviews. 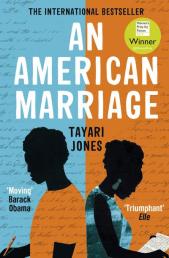 This fictional story is set in Atlanta and Louisiana and follows the life of African-American Roy and his wife, Celestial. When Roy is wrongly convicted of rape, he faces the prospect of a 12 year prison sentence and heart-breaking separation from his wife.

I expected the novel to centre around an unpicking of Roy’s conviction but interestingly, this wasn’t the case at all. We are told Roy is innocent and this isn’t really called into question at any point in the book. Roy’s wrongful conviction becomes little more than a backdrop for the characters and their relationships with each other. Jones largely focuses on the latter, perhaps implying that the wrongful conviction of Black men isn’t unusual enough to warrant a story of its own. The relationship between Roy, Celestial and their good friend Andre, becomes the complicated heart of the novel and Tayari builds and unravels the tension between them in unexpected ways.

Although I would say this is a beautifully written book, I didn’t always feel very invested in the characters. I am interested to know if any other readers felt the same?

Do read if: you’re up for a real-life, well-written, messy relationship story.

We need to talk about Race- Ben Lindsay

Lindsay’s book explores the Black experience in White majority churches, from a UK perspective. Despite the weighty topic, I would say this book is a fairly easy read. Lindsay makes the conversation clear and accessible, dividing the book into helpful sections and finishing each chapter with reflection questions for the reader.

Do read if: you’re a church goer in the UK or interested in the UK church experience.

Don’t read if: you’re not interested in the UK church experience. 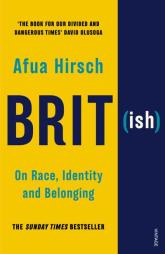 Speaking from her experience as a mixed Ghanaian and Jewish German, Hirsch tackles complex issues of race, identity and ‘British racism’ in her cleverly titled book. She unveils much of Britain’s dark imperial past and highlights the ways this still creeps up on us today. It’s informative and personal, challenging and affirming all at once.

I found this book very thorough in that it not only covered so many elements of the race discussion in Britain but it does so in significant detail. The chapters are long and packed densely with historical detail, cultural references, political debate as well as Hirsch’s interesting personal experiences. I found it quite a heavy read for these reasons but definitely still enjoyable.

Do read if: you would like a more personal, but still extremely informative, take on racial history in Britain.

Don’t read if: you aren’t prepared to take in a lot of information!

This book challenges the idea of Eurocentric Christianity and sheds light on the African scholars and theologians who have played an important role in shaping Christian history.

Christianity is often perceived as a ‘Western colonial import’ and because of the lack of diverse narratives, this is rarely challenged. Oden confronts this perception and explains how Africa in fact ‘…played a decisive role in the formation of Christian culture from its infancy.’

Although I have been keen to explore this topic for a while, I was a little disappointed with this book. Oden admits that it should only be understood as ‘an early embryonic effort for others to… improve upon,’ and in many ways, I can see why. I felt it was missing conclusive research and detailed evidence. The findings he did present were sometimes unclear to me and I generally found his writing style complicated and overly wordy.

I will say however, that Oden successfully introduced me to a number of African-born philosophers, whom I had never heard of before. He also actively encourages his readers to engage in their own research, which I thought was great.

Do read if: you have the patience to do a little background research of your own for greater clarity on the topics discussed.

Don’t read if: you are looking for a straightforward, easy read which doesn’t require much concentration.

I’m currently a few pages into Michelle Obama’s ‘Becoming’ and am enjoying it so far. Over the next few months I’m hoping to do a lot more reading- and maybe some more reviews too!

This site uses Akismet to reduce spam. Learn how your comment data is processed.

☀️A long overdue trip to Barbados and Guyana last month.☀️
Merry Christmas! Thanks to everyone who came to our Christmas party this month! We really enjoyed celebrating with you all. We hope you enjoy many more celebrations to come and have a great start to the New Year 🎉🙏🏾🎄
Remote working has changed the game!
A weekend in Paris 🇫🇷☀️
Christmas is almost here!!!
I'm only a short(ish) train ride away from Edinburgh... but it's taken me up until yesterday to visit for the first time. I'd been hoping to go for a while but somehow never got round to it.